We are committed to advancing affordability and access to medication for all people. Our collaborative team has decades of experience across the healthcare ecosystem. 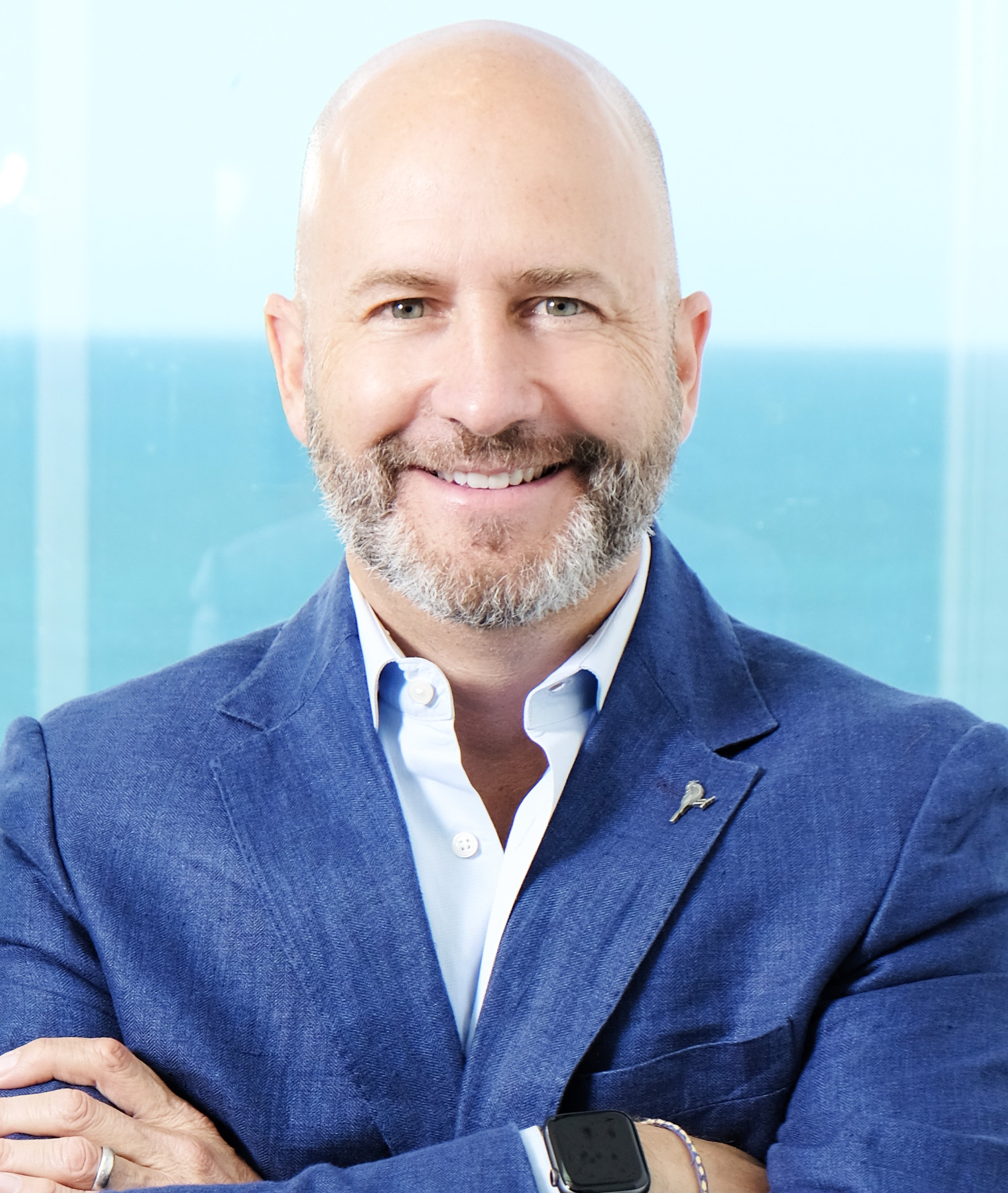 Over the last 20 years, Will has led health service, technology and finance companies, connecting key participants in the healthcare industry. As CEO and Director of OptimizeRx, he has continued to drive innovation in healthcare, and over the last several years, he has led the transformation of OptimizeRx into a leading digital health company that facilitates communication at the point-of-care for better health outcomes.

In 1999, Will co-founded and became CEO of MedPanel, a market intelligence and communication provider to the life sciences and financial industries. MedPanel was acquired in 2007 by Merriman Capital, a leading investment bank. At Merriman, he served as COO of investment banking and CEO of the firm’s Digital Capital Network. He launched pioneering digital compliance and transparency products and was part of the management team that raised more than $500 million in banking and M&A transactions.

Will earlier held a number of M&A and international business development roles at multinational companies involved in automotive, medical, precious metals and other industries.

He currently serves as a faculty member for Massachusetts Institute of Technology’s linQ program, a collaborative initiative increasing the potential of innovative biomedical research to benefit society and the economy.

Will serves on board of The United Nations of Greater Boston, a non-profit focused on building a stronger network of global citizens in the Boston area. He also serves as a board member of Modular Medical, an early stage public medical device company.

Will earned his Bachelor of Arts in International Studies and Spanish from Dickinson College, Pennsylvania. He is fluent in Spanish, married with three children and enjoys playing soccer. 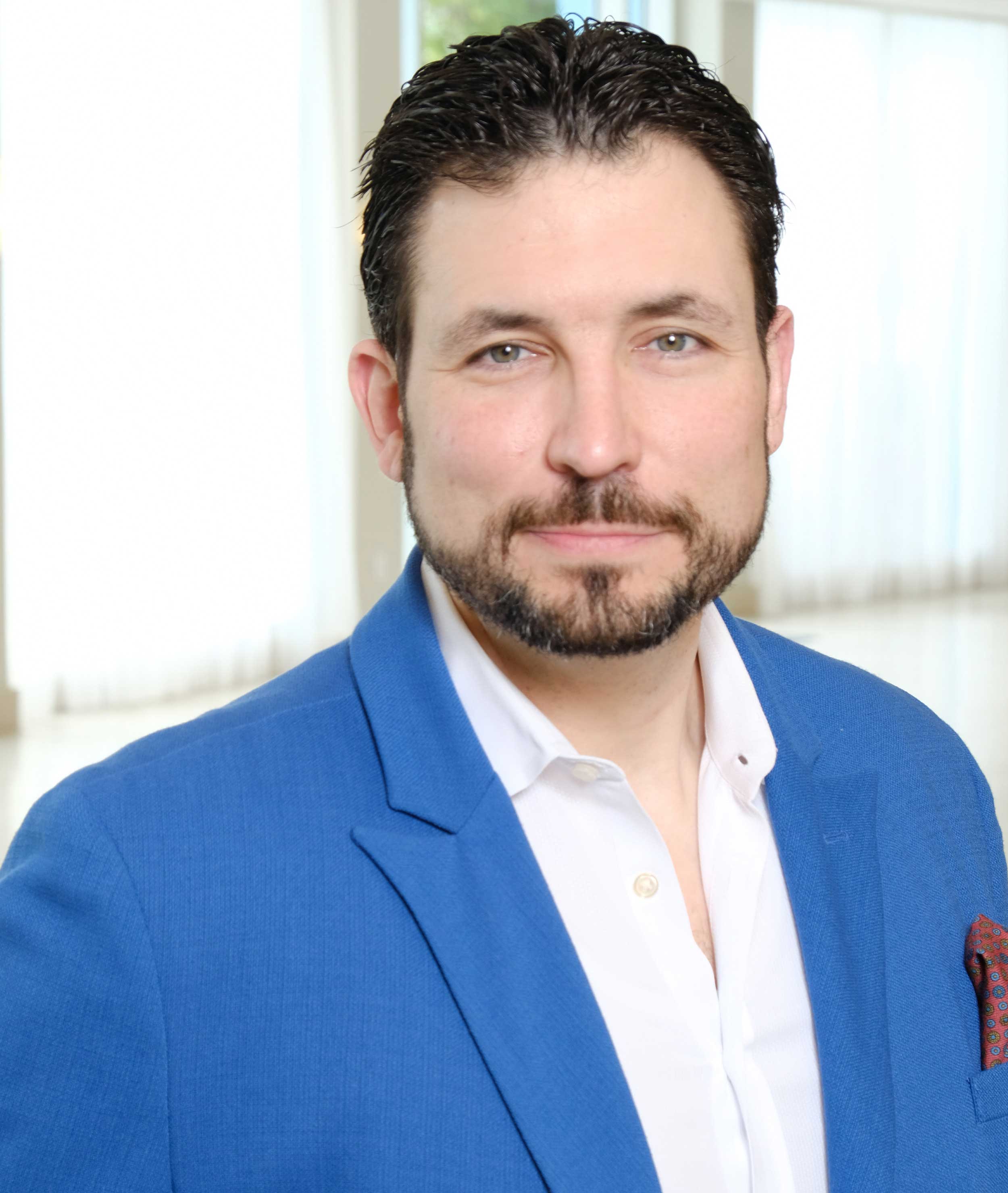 During his tenure at Decision Resources Group, he was an instrumental leader in the growth of the company from $30 million to $180 million in revenue. His customer-first philosophy is greatly aligned to our values at OptimizeRx.

Silvestro received a master’s degree in Business Management from Harvard University. He also holds undergraduate degrees from Brigham Young University in both Business and Italian. He is fluent in English, Italian, Spanish and conversational in French. 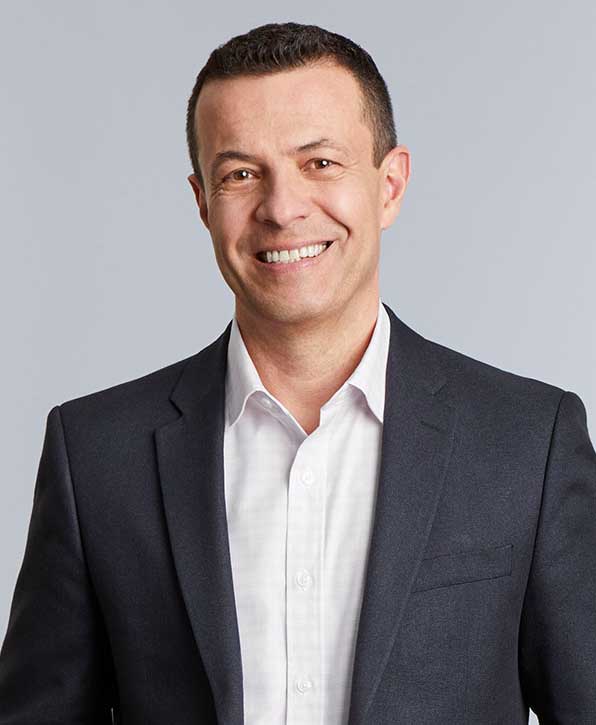 Prior to joining OptimizeRx Ed served in a variety of leadership roles at Otsuka America Pharmaceuticals Inc.  His tenure with Otsuka began as a CFO leading the finance team on a transformative journey to help steer the organization through Abilify loss of exclusivity (LOE).  It culminated in an appointment as CFO/COO to lead a ~400 person, multi-functional team of professionals through product lifecycle management, new product launches, strategy development, alliance governance, M&A and COVID-19 response.  Over his tenure, the US organization evolved to be one of the best performing businesses for Otsuka globally and built best-in-class capabilities across a number of key enterprise functions through significant process optimization and automation initiatives.

Ed’s career has taken him across the globe, including foreign expat assignments in the Netherlands and Russia.  He has held positions of increasing responsibilities in finance and operations at Covance/LabCorp, Mylan, Organon/Schering-Plough, Sanofi-Aventis and Johnson & Johnson.

Outside of work, Ed serves as the Treasurer and Executive Committee member of the American Foundation of Suicide Prevention in NYC, and as a member of the Advisory Committee of the Arts Council of Princeton.

He received his Bachelor of Science in Finance from Towson University and his MBA from the University of Baltimore. He is also a Certified Public Accountant (inactive) in the State of New Jersey and a Certified Management Accountant. He is married with two adult children, and fluent in Russian. 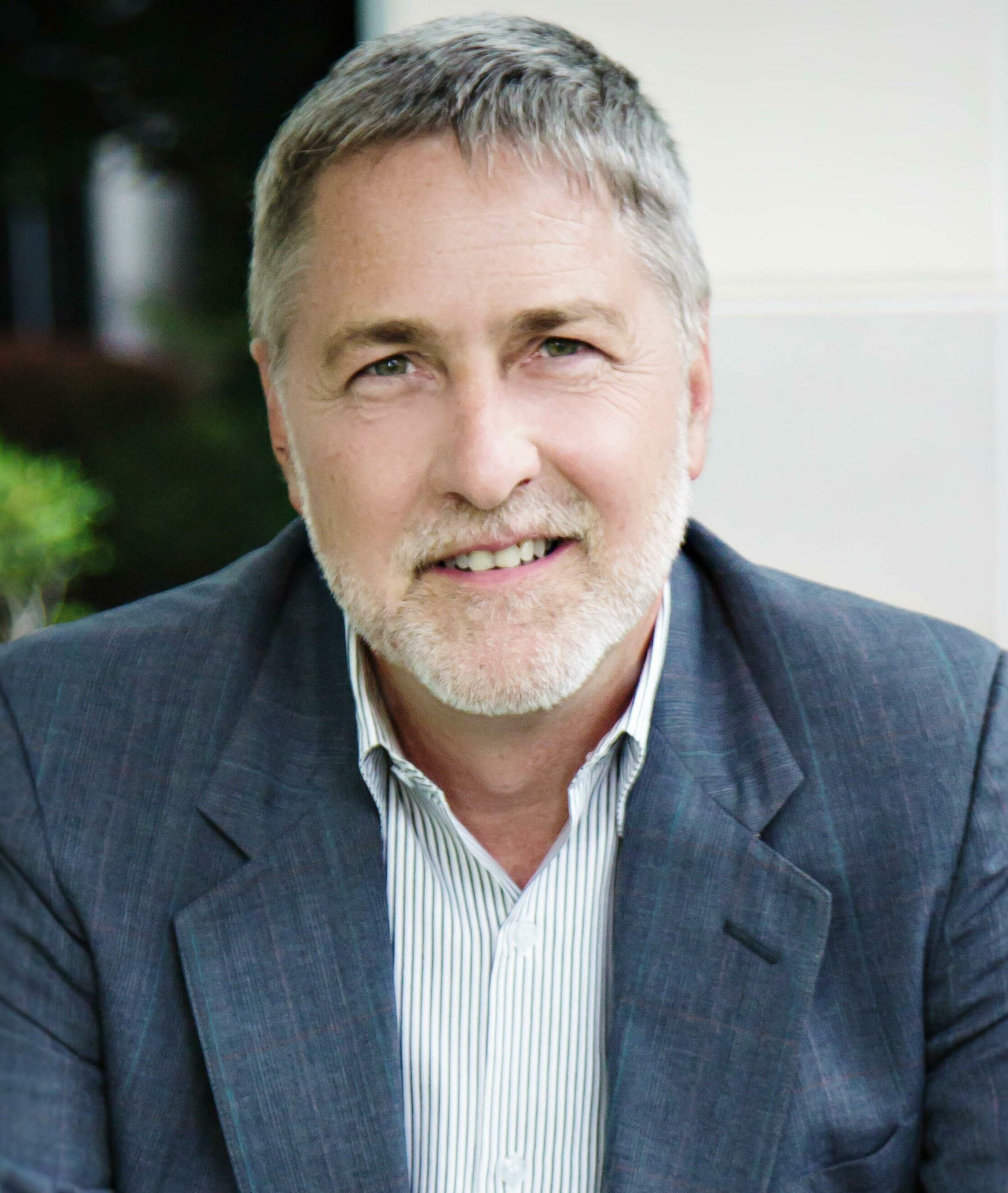 30+ years of experience delivering outcomes in Master Data Management, Clearinghouse EDI, Data Warehousing, Data Intelligence, Cloud based solutions to Enterprise needs. This experience has run the gamut from building the EDI Clearinghouse for CareFirst BCBSNCA, to delivering National all-payer connectivity for WebMD, to implementing Data Warehousing, and Master Data Management solutions and Products for Emdeon, to creating Data Solutions In The Cloud for Change Healthcare, and now all of Platform and Technology for OptimizeRx. 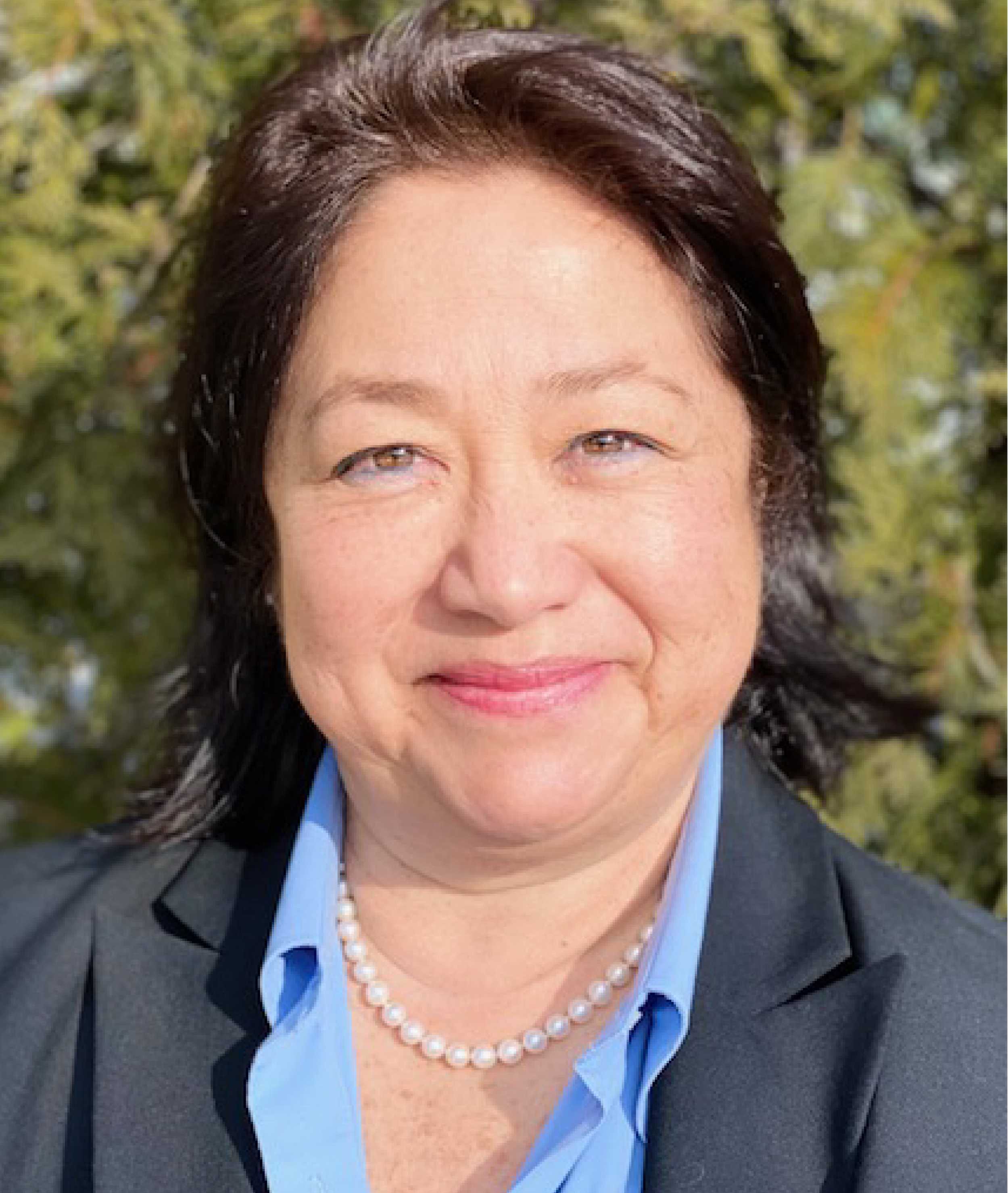 Chairman of the Board

Mr. Halas served as the President and Chief Executive Officer of T-3 Energy Services Inc. from May 2003 to March 2009.

He served as the Chief Executive Officer of Clore Automotive, Inc. from August 2001 to April 2003 and also served as its President. He also helped institute Kaizen and Lean Manufacturing principles on a global scale.

From 1986 to 1999, he served in various management roles, including the Senior Vice President of Customer Support Services of Sulzer Industries Inc. He served at Sulzer, Ltd. He served as the Chief Executive Officer and President at Interpet Limited. He served as the President and Chief Operating Officer at Marley Cooling Industries and served as the President at Ingersoll-Dresser’s Pump Company. He served as a Partner and Member of Advisory Board of White Deer Energy. Mr. Halas served as the Chairman of T-3 Energy Services Inc., from March 2004 to April 2009 and as a Director from May 2003 to March 2009. He has been an Independent Director at Aquilex Holdings LLC since June 2007 and School Specialty, Inc. since July 2015. He has been a Director at Triangle Petroleum Corporation since October 2011 and Hooper Holmes Inc. since April 2013.

He has significant experience in the energy industry and in public companies in both an executive and board role.

Mr. Halas holds an M.B.A. from Imede Lausanne Switzerland and a BS in Physics and Economics from Virginia Tech University.

Lang presently serves as an executive advisor to Water Street, a strategic private equity firm focused exclusively on building market-leading companies in healthcare. He is also a director of BioVie, a development-stage company pioneering an innovative therapeutic that targets complications due to liver cirrhosis.

Previously, Mr. Lang served as CEO of Decision Resources Group, DRG, a leading healthcare research and consulting company providing high-value healthcare industry analysis and insights, where he helped transform the company into an industry leader. Earlier, he was president of Strategic Decisions Group, a premier global strategy consultancy, and he expanded the life sciences practice and later sold it to IMS Health.

He is an active private investor and advisor with healthcare companies, including Boston Heart Diagnostics (acquired by Eurofins) and AlphalmpactRx (acquired by IMS Health).

He currently guest lectures at the Tuck School of Business in strategy and decision-making.

Lynn is the President and CEO of the Muscular Dystrophy Association (MDA), the leader in the fight against muscular dystrophy and ALS through its funding of research, clinical care, support service, and education.

Lynn has a hands-on appreciation for patient care, and she has considerable executive experience and expertise in the fields of pharmacology, medical and clinical education, and digital marketing.

Prior to her arrival at MDA, Lynn was CEO of ghg | greyhealth group for nearly 23 years and is credited with creating, building and acquiring companies — specifically, nine acquisitions — to grow ghg’s global footprint. While at ghg, Vos led global expansion and diversification strategies and within two years grew the company from a small, domestic professional player into an award-winning global enterprise with fully integrated, multi-channel offerings.

She is a recognized thought leader in the industry with published white papers and articles outlining new, successful approaches to health care technology and communication.

Greg Wasson founded Wasson Enterprise, a family oﬃce that partners to build sustainable, high-growth businesses that do well by doing good. Wasson Enterprise brings a wealth of knowledge, including leadership, operations and governance experience to those WE supports. Additionally, Greg is a Co-Founder of CoolerScreens, Co-Founder and Director of Golden Fleece Beverages Inc., Co-Founder of Innventure, and Executive Chairman of Innovation Associates.

As the former President and CEO of Walgreens, Greg led this Fortune 35 company to record ﬁscal 2014 sales of $76.4 billion. He is credited with creating signiﬁcant ﬁnancial and shareholder value, initiating and completing game-changing mergers and acquisitions, leading complex organizational and structural change, assembling a diverse and high-performance senior leadership team, and establishing Walgreens’ position as an industry leader. Before retiring from Walgreens, Greg had transformed an iconic 114-year-old domestic company into the ﬁrst global pharmacy-led, health, well-being, and beauty enterprise via the successful merger with European-based Alliance Boots to create Walgreens Boots Alliance.

Greg began his career as a pharmacy services intern in the Walgreens corporate oﬃces—an opportunity that led to his being hired by Walgreens upon graduation. Greg then spent many years in store operations, leading and opening new markets around the country. Greg also had the opportunity to run Walgreens Health Services which gave him a keen insight to the health care services side of the Walgreens business. This role eventually led to Greg becoming the COO of Walgreens. Greg was with Walgreens for 35 years, retiring as the President and CEO of Walgreens Boots Alliance. He received his BS in pharmacy in 1981 from Purdue University and is a registered pharmacist.

Connecting the Pharma & Healthcare industry with compliant innovation has been Febbo’s trademark in over 18 years of leading health service & technology companies.

In 1999, he co-founded MedPanel, a market intelligence and communication provider to the biomedical & medical device industries. When Febbo sold it in 2007 to Merriman Capital, he held dual roles as COO of the bank and CEO of Digital Capital Network which he launched pioneering digital compliance & transparency product in the financial industry.

Febbo holds a Bachelor of Arts in International Studies from Dickinson College, in Pennsylvania and serves on the board of The United Nations of Greater Boston, a non-profit focused on building global citizens within inner-city schools in Massachusetts.

Febbo has joined MIT linQ as a faculty member. LinQ is a new collaborative initiative focused on increasing the potential of innovative research to benefit society and the economy. linQ’s portfolio of international innovation programs demonstrates a new paradigm for technology research and training. Thus far, Febbo has participated in two of these programs, IMPACT and Idea2 global.

Currently, he holds the position of CEO at OptimizeRx and continues to discover, innovate, and connect both products and people to meaningful experiences to improve health outcomes.

More from our team

See what we’re learning in the field about how current trends are influencing pharma brand strategy execution. Our blogs, whitepapers, and webinars cover the gamut of HCP and patient engagement, account-based marketing, access services, and the digital sales transformation.

Learn about all the ways we progress access, treatment onboarding, and adherence. Leverage our technology to build deeper customer relationships and make the lives of patients, prescribers, and pharmacists easier.

We’re eager to get to know you and learn how we can collaborate to make people’s healthcare journeys easier. Come talk with us at an upcoming event or webinar.